One snowy day in Kansas City, I was walking home from school and two high school boys threw some hard-packed snowballs at me. One snow/ice ball hit me in the face with enough force to knock me to the ground. The smaller high schooler ran over and started kicking me while the other pulled on my metal lunch box. He was stronger and won the empty prize with none of the leftovers or money he hoped to find. They were angry I had nothing they wanted and beat on me, especially when I fought for the Tupperware containers they had kicked away on the snow. My mom had told her children to take care of Tupperware because it was expensive.

They finally got bored and went to bully someone else. I collected the sacred Tupperware and lids then hurried home in case they came back.

I walked through the front door very proud of myself for not losing the expensive Tupperware containers and matching lids. Instead of being proud of me, my mother looked at my bloody nose, scratches and snow stuffed into all my clothing, and cried. I thought I had disappointed her. While she was cleaning my face and applying Mercurochrome to the cuts, she explained Tupperware is expensive and she did want us to take care of it. However, she said her children are sacred to her, not any objects. Even though I had been courageous, in the future she hoped I would give the bullies what they wanted and come home without injuries.

Have You Been Bullied?

You may have encountered bullies and bad boys growing up, and like me, probably lost a fight with boys so much bigger and stronger. Maybe you wondered why they didn’t pick on someone their own size. Maybe you are so kind that you thought they were doing unto others what bullies had done unto them. Maybe you didn’t like being humiliated and laughed at.

And, sadly, it’s not just boys getting bullied. Too many developing girls remember being groped and assaulted in their bikini areas in the schools. Bad boys hurt them. So did good boys who make bad choices when hormones and impulses rule their decision making.

It’s not just individuals getting bullied. On TV, the Dukes of Hazard contended with Boss Hogg. In Kansas City, it was Boss Tom. Tom Pendergast should have been a good man—my great grandmother was his nanny. His older brother, James, had more of a negative influence on Boss Tom. Boss Tom had a cement business when the city was building concrete structures to lead out of the Great Depression, and Boss Tom got all the lucrative contracts. Boss Tom bullied beyond the city limits, like U.S. Senator Harry Truman, and the Governor, who was bullied enough the Governor’s Mansion came to be called “Uncle Tom’s Cabin” where power could be used without morals.

Bullying has not lessened, from schools to politics. I work with a child whose face looked like mine when he came home from school one day, and at least this one time, the bully had to face assault charges for the cuts, black eye, and bruises. During COVID-19, some politicians have used their bullying techniques for their own power instead of the public health and welfare they were elected to protect. Spokane’s County Sheriff has been accused of bullying like Boss Tom. Other Governors have made different decisions to help their states than our Washington State Governor, which raised questions about the use of power.

What then should we do when bullied? “Know when to hold them and know when to fold them?” Discernment was the heart of Reinhold Niebuhr’s prayer, for the courage to change what you can, the serenity to accept what you cannot change, and the wisdom to know the difference.

Easter is coming. Church and political bullies killed Jesus for their own power. His Holy Spirit resides in us to help us with discernment and to remember even after unnecessary suffering, the Great Physician (just like my Mom) binds our wounds and shows us we are precious.

Let’s be curious about how God is using this time with bullies, bad boys, and Bosses like He used Good Friday. 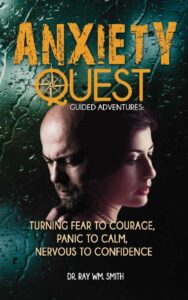